Researches about the various renewable source of energy have been going on for quite a long time and it gathered a renewed momentum as the non-renewable has been dwindling faster than ever. Though solar energy forms a significant part of renewable energy, the wind is also being seen as a potential winner in this regard. Things progressed towards the brighter side when the largest offshore wind farm in the world, Walney Extension, was completed, just off the Coast of Cumbria. The rapid progress with respect to using wind energy to convert it into a usable form can be judged by the fact that it’s been only a few years since the then largest wind farm in UK was finished. It is expected to be more efficient and would require lesser than normal turbines in order to work.

If you wanted to get some idea about the magnanimity of the offshore farm, it can cover up to 20000 football grounds, generating up to 659 MW which should be enough to power close to 590000 homes. This completion came at a time when many are of the opinion that Brexit is not going to be favorable for this and there might be some difficulties in its functioning.

The UK- the hub of offshore wind farms

This is not the first time that a huge offshore wind farm has been built in the United Kingdom. In fact, it ranks number one as long as such arrangements are concerned. The minister of Energy, Claire Perry believes that these structures serve multiple purposes like giving alternate sources of energy to a large part of UK to creating jobs for a large number of people. This is also a source of clean energy, as there is no waste generated as a by-product.

However, the Walney Extension is not expected to hold its number one position for long as many similar wind farms are deemed to be launched along the coastlines of Britain. East Anglia One is slated to be finished by 2020 and will be capable of generating 714 MW of energy. Another significant addition will be the Hornsea Projects in the shores of Yorkshire which can potentially create up to 1800 MW which could provide clean power to close to 2 million homes all around.

The effects of Brexit on these wind farms

It has already been forewarned that a hard Brexit can affect these ventures and disrupt them for a short period of time as there will be a hindrance in setting up a supply chain and transporting goods and labor. Thus, free-trade is bound to face some obstruction initially but it is nothing that cannot be dealt with and will be inconsequential in the long term.

The effect of the wind drought

The recent wind drought that has washed over Europe is also not a point of concern. Experts say that these periods of droughts and excesses are just a natural cycle. If anything, it will raise more awareness about the need to address the global warming problems more rigorously and adapt the wind farm concept with open hands.

The energy generated through these wind farms along the shores of Britain is almost 10 percent of the total electricity of the country. This is a clear indication that harvestation of wind energy is going to be a significant step for the future. 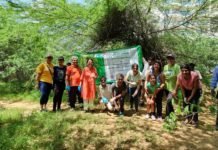