Since the beginning, women are contributing to the world like men. They are second to none in the world of success. Like men, women are also breaking records and proving themselves that they are not behind men in any way.

World’s Billionaires on the Rise Similarly, there are many women who have made history in terms of name, fame, and money. Here are the top 10 best names that are the richest women in the world.

Francoise Bettencourt Meyers is the first richest women in the world and she is the granddaughter of L’oreal’s founder.

Francoise and his family hold 33% of L’oreal’s stocks. They have the best sale records in the decades of 2018.


She took L’oreal board’s command in her hand in 1997 and now is the chairman of the family holding company.

Alice Walton is the second richest women in the world. She is the daughter of Walmart founder Sam Walton. Instead of working for Walmart like her sibling Rob and Jim, She has decided to work on curating art.

Walton has started a crystals Bridge Museum for Americans Art in her hometown, Bentonville, Arkansas in 2011.

Her personal art collection is valued in the hundreds of millions of dollars.

Mackenzie Bezos is the ex-wife of Amazon’s founder and third richest women in the world. Jeff Bezos transferred a quarter of his shares to his ex-wife Mackenzie Bezos on July 29. He remains the richest person on this planet with a net worth $117.8 billion which is $9.8 billion more than the second richest person French billionaire Bernard Arnault, chairman and CEO of luxury products group LVMH.


Mackenzie now holds 19.7 million shares of the world’s most valuable companies(in market caps), is worth $38 billion.

Mackenzie is a novelist and has completed her study from Toni Morrison at Princeton University. She has written two novels, The Testing of Luther Albright and Traps.

Jacqueline Mars is the fourth-wealthiest woman on the earth and ranked at 38th number in the list of world’s richest billionaires. She is an American heiress and investor. Mars is the daughter of Audrey Ruth (Meyer) and Forrest Mars, Sr., and granddaughter of Frank C. Mars, founders of the American candy company Mars, Incorporated.

Mars was founded by Jacqueline’s Grandfather, Frank, in 1911. She claims an estimate of one-third of Mars, the world’s largest candymaker. She is a well-known philanthropist and serves on six boards including at the Smithsonian and the National Archives.

Yang Huiyan is the fifth richest women in the world. Yang is a Chinese property developer and manages hotels throughout the county. She holds a majority of shares(57%) in Country Garden Holdings, a stake largely transferred to her by her father Yang Guoqiang in 2007.


She is the richest woman in Asia. Her net worth is 23.5 billion USD(2019). Yang completed her education from Ohio State University.

Susanne Klatten is the sixth richest women in the world. She is a German heiress, the daughter of Herbert and Johanna Quandt. As of June 2019, her net worth was US$18.8 billion, making her the richest woman in Germany and the 52nd richest person in the world.

She is completed her MBA from IMD-Lausanne. Klatten holds own 19.9% shares in automaker BMW and her brother owns 23.7%.

She is the sole owner and deputy chairman of her father’s Altana AG a world-class pharmaceutical/ special chemical corporation, which pulls in more than $2.5 billion in annual sales.

Laurene Powell Jobs is the seventh richest women in the world. She is an American businesswoman, executive and the founder of Emerson Collective, a social impact organization.

Powell ranks #54 among the richest person in the world by net worth $21.5 billion dollars, according to Forbes. She is the widow of Apple founder Steve Jobs. She has done her MBA from Stanford Graduate School of Business.

Ms. Powell Jobs has $20 billion from the stakes of Apple and Disney, which was inherited after the death of Steve Jobs.


Her focus is on education, immigration and the environment, therefore, She has started an Emerson Collective Foundation in the middle of 2016, for $1.2 billion. She also took a majority of stakes in Atlanta Magazine in 2017.

Abigail Pierrepont Johnson is the eighth richest women in the world. She is an American billionaire businesswoman. She is the CEO of Fidelity Investment in 2014 when she took over for her father and as a chairman since 2016.

Johnson has an estimated 25.7% stakes in the firm which has nearly $2.7 trillion in managed assets. She ranked at #71 in the list of world’s richest billionaires, according to Forbes.

After his death, Antofagasta PLC is controlled by Fontbona and her child, which owns copper mines in Chile and trade in London stock exchange.


This family has own majority of stakes in Quinenco, a publicly-traded Chilean conglomerate active in banking, bee, and manufacturing.

Gina Rinehart is the chairman of Hancock Prospecting, a privately owned mineral exploration, and extraction company which is founded by her father Lang Hancock.

She is an Australian mining magnate and heiress, a 10th richest women in the world and the 75th wealthiest person on the planet. Her net worth is $15.2 B, according to Forbes.

Gina took her father’s bankrupted estate and rebuilt it into something much larger and become Australian richest woman built her wealth on Iron ore, an industry that continues to expand robustly.

The Roy Hill mining project is one of her biggest project which started shipments to Asia in 2015.

Kwong Siu-Hing or Kwok Kwong Siu-Hing is the matriarch of the Kwok family. She is the widow of Sun Hung kai properties co-founder of Kwok Tak-Seng, who died in 1990.

She manages the Sun Hung Kai Properties, the largest property developer in Hong Kong after her eldest son, Walter.

She is the former chairperson and non-executive director of Sun Hung Kai Properties, biggest stakeholders in Sun Hung Kai, 26.58% stakes.

Kwong Siu-Hing is the 11th richest women in the world with 15.1 billion dollars net worth.

Charlene de Carvalho-Heineken is a Dutch-English businesswoman. She is the owner of a world’s second-largest brewer brand, Heineken International.

She is the richest women in the UK, holds 25% stakes in Heineken Internation. Her net worth is 16.5 Billion USD as of May 2019, according to the Sunday Times Rich List.

Her Husband Michael de Carvalho, a financier, and director of Citigroup and the member of the supervisory board Heineken NV.

To all the women who are reading this, never doubt that you are valuable and powerful and deserving of every chance and opportunity in the world to pursue and achieve your own dreams. We all should learn from them, Don’t limit yourself. Many people limit themselves to what they think they can do. You can go as far as you mind lets you. What you believe, you can achieve. Take a big dream and work for it. Define success on your own terms, achieve it by your own rules, and build a life you’re proud to live.

I hope you enjoy this article but this is not the end, we are expanding this list more so don’t forget to visit us again. 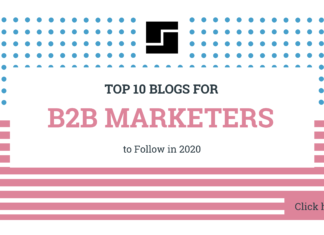