Delhi is the capital of India, the city is home to many people of different religions and different income groups. Delhi at the top of people’s rights from low-income and middle-class groups. I am going to talk about some of the most popular residential areas in Delhi. If you are planning for your home, then this article will give you an idea of choosing the best areas to live in Delhi.

Greater Kailash is known as G.K. It is a prosperous and classy residential area in South Delhi, many neighborhoods and markets are divided into two areas GK Part 1 and GK Part 2. It is one of the poshest areas of Delhi with some of the wealthiest families in Delhi.

South Extension is a major neighborhood in South Delhi. It is a posh area to live in Delhi and is considered to be one of the richest and developed areas of Delhi.

The south extension is located on the ring road.

The South Extension has several eating joints restaurants and branded stores. The area has residential colonies and houses.

Vasant Kunj is one of the wealthiest areas of Delhi. It is located in the foothills of the Aravalli mountain range. The region is home to many famous personalities like DR. Manmohan Singh, former Prime Minister of India and his residence is in Vasant Kunj.

Vasant Kunj is near IGI Airport. This place is a commercial center of Gurgaon.

The residential area of Vasant Kunj is mainly divided into Sector A, Sector B, Sector C, Sector D, and Sector E. Each area is divided into pockets.

Vasant Kunj is also home to some well-known health establishments such as the Institute of Liver and Biliary Sciences, Rajan Dhall Hospital, and the Indian Spinal Injury Centers.

Defence Colony is a deluxe and prosperous residential area located in South Delhi. It is one of the most popular and posh areas to live in Delhi. It falls into category A.

The area is home to many famous celebrities and has many restaurants, dining joints, coffee shops, and high-end shops, and branded retail stores.

New Friends Colony is a prosperous and posh residential area in South Delhi. It is mainly divided into four blocks, Block A, Block B, Block C, and Block D. Some of the famous places in New Friends Colony are – Jamia Millia Islamia, Surya Hotel, Mata Ka Mandir and Kamal Tower.

Saket is a prosperous and posh residential area. It is located in South Delhi. It is considered the best place to stay in Delhi.

This area is perfect for the higher income group. The area is also famous for shopping malls, Saket has some famous malls. The area has enclaves and residential blocks designated by alphabets from A to N.

This residential area in Saket consists of a mix of row houses, duplexes, and multi-storey apartments. This prominent residential area of Delhi also houses some famous restaurants, dining joints, and branded stores.

Sainik Farm is a wealthy and leading residential area in south Delhi. It is an area where prominent people are living. Sainik Farm is widely known for business class families. It is one of the best and posh areas to live in Delhi for business and upper-middle-class people.

Chittaranjan Park is also known as CR Park. It is a special neighborhood and residential area. It is located in South Delhi. The region is home to many Bengali communities and is famous for the Durga Puja festival.

Malviya Nagar is one of the best and posh areas to live in Delhi. It is situated between Saket and Hauz Khas and is close to IIT Delhi. It got its name after the famous freedom fighter Mahatma Pandit Madan Mohan Malaviya, who was also a teacher and founded the Banaras Hindu University BHU. Malviya Nagar is also known for its shopping areas and residential colonies.

Hauz Khas is a rich and posh area in South Delhi. It is known for the historic Hauz Khas campus. The area is surrounded by areas of Delhi such as Green Park, Gulmohar Park, Sri Aurobindo Marg, Saravapriya Vihar, and Siri Fort.

All these areas offer excellent basic amenities to their residents. This is the best place for connectivity. These areas are well connected to other parts of Delhi. The areas we have mentioned above are considered as the top residential areas to live in Delhi especially for the middle class, upper-middle-class, and business families. 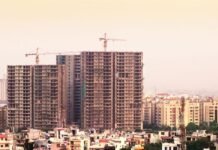 Will the Real Estate sector revive after Covid19? 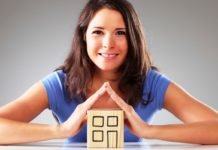 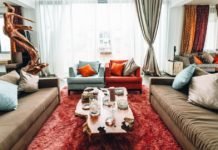