Narendra Modi is on the brink of facing the biggest examination of his life as the elections are nearing. There are numerous speculations regarding the outcomes of the upcoming election as the possibilities of an adverse result are hiking. The impact of election results on the Indian Economy might affect the sentiments of the Investors.

Due to the ambiguity in the scenario of the Indian politics, the domestic equity market is depicting a turbulent behavior. Apart from the steeply increasing prices of the crude oil, the value of money is decreasing steadily. The investors of the foreign institutions are not refraining from adding to the adverse scenarios of the country.

On Monday, the BSE Sensex traded at 35,853, which was about 200 points higher than the previous points. The trading was around 2% lower than the highest points in January. Along with the aforementioned market, the Smallcap as well as Midcap indices of the BSE are down by around 21% of the all-time high scales reached during the end of January.

Indian voters don’t even have a year to decide on the candidate to put their trust on. On one hand, the present Prime Minister Narendra Modi has high chances of returning to the chair of the PM again. On the other, the analysts believe that even if he gets to enjoy the chair for another term, it will not be an easy and spectacular win. Not only Narendra Modi will have to struggle to get a strong hold on his chair but will also have to contest proficient contenders.

Nomura, the Japanese brokerage stated that the recent political changes and developments have raised a question among the investors regarding the continuation of the reigning government. Some of the political changes include the rearrangement of the opposition parties to form a strong front against the BJP or Bharatiya Janata Party. Another challenging scenario is the self-ally of the BJP threatening to depart from the NDA or National Democratic Alliance.

The expert analysts are speculating that the ambiguity in the political outcome of the country will deeply affect the sentiments of the market till the mid of 2019. However, if the chair is taken over by another government, not only the administration of the country will be revamped but also the domestic stock market will also receive a severe shock.

It is a known fact that the market is volatile and dependent on the sentiments of the global investors. If the sentiments falter at any point, the same will be reflected in the market graph, affecting countless people. Currently, the political status is one of the biggest concerns for the market status. The investors are not sure whether the BJP-led National Democratic Alliance or NDA will receive a majority or not. Hence, the outcome of the market as well as the owner of the chair of the Prime Minister is in ambiguity.

According to the market analysts, the impact of the election results on the Indian Economy is temporary as the sentiments of the investors are barely affected.

In 2009, when UPA won the elections, the key indices shot higher than expected. During that period of time, the major participants in the market were optimistic about the scenario. Not only the Left along with the other regional parties was refrained from interfering but also the lesser number of allies indicated a secured government. Though the outcomes were higher, the rally continued for 1.5 years before the corrections were implemented.

In a similar manner, 2014 witnessed a huge leap in the market as Narendra Modi won the election with a huge number of votes. In fact, the high market lasted for a few months before settling down.

Before the election, along with the political parties, the market also experiences nervousness. The most dreadful scenarios for the market are the minority government and coalition. Apart from these two scenarios, the market is usually not worried about the status of the government. In fact, the corporate earnings along with the elaborate economy in the long run are the primary contributors to the market performance.

The CEO of the Taurus Mutual Fund, Waqar Naqvi stated that the story of the Indian economy is strong that not only reveals a powerful foundation but also speaks about the competent manpower and higher level of bureaucracy. He stated that the Indian economy will continue to grow regardless of the mundane scenarios of the political influences. In fact, he believes that the market sentiments are dependent on the ruling government but the Indian economy will not be affected permanently. Rather, it will continue to flourish against the odds of the change in government.

If there is a strong opposition, the market will continue with the trail of growth regardless of the dominant party. It is speculated that Congress neither has a chance of getting the majority nor the near majority. Hence, the chances of forming a coalition are high, which is not the most favorable scenario for the market. In fact, the analysts are speculating that if the 2019 elections result in a third-front government, the market may move steeply down, which will be worse than the condition during 2004, when UPA-1 rose to power.

On the other hand, a few market analysts believe that the change of strategy in the investment is not needed as of now. According to the Founder and CEO of 5nance.com, Dinesh Rohira, the behavior of the market will be revealed much ahead of the declaration of the election results. Hence, the plan of action can be designed after that. He also stated that amidst the ambiguity in the outcome of the political results in 2019, the chance of volatility is expected to rise. Therefore, the long-term investments that are supported by the basic features don’t need changing with the alteration in the political ambiance in the country. 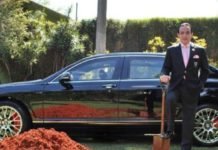 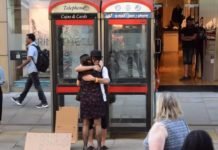